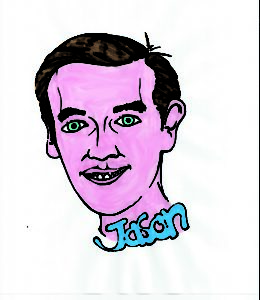 The year is 2049, my name is Dr. Martin Borvan, and I just spoke to top United States officials on what is being called the conspiracy of the century. I have already testified before the Senate about what happened on the Martian Colony in the Martian North Pole. But I will tell my story again, so that the truth continues to come out.

When the Martian Colony announced to the world that bacterial life had been found in the northern ice caps, I like everyone else, was rapturous about the news. We had finally answered the essential question, are we alone? Being a biochemist and geneticist, with a degree in microbiology, I was eager to study the genetic makeup, the conditions that these bacteria were found in, and most importantly how they were adapted to the harsh conditions of Mars.

A few days later, I received the news that the genetic report was going to be delayed because the geneticist and microbiologist were having trouble with the main computer, so they were having to write everything out by hand. What was odd was the colony was refusing help of any kind, saying that under no circumstances should Headquarters send anyone to aid them.

The director came to me because of his concern for what was going on in the colony, and asked me to take the month long journey to assist in any way possible and figure out what was going on. He said that the colony had been acting suspicious ever since they found the Martian bacteria, mostly because when the routine checks were done, the microbiologist and geneticist were “not available” repeatedly.

So I agreed to go, I packed everything that I thought would be needed for studying the bacteria on Mars and set off. When I arrived, I was surprised to find a lot of hostility against me.

The lead scientist, Dr. Gritto, said to me “Do your job, don't snoop around, and get out of here as soon as you can.”

I was wondering if being so far away from Earth was causing his hostility, but I soon found out my theory was far from the truth.

The next day, I approached Dr. Gritto and told him, “I'm required to observe and study the bacteria that you found.” He was reluctant to let me, but he gave in. As soon as we got our suits on, he led me into a chamber where we could then go outside, and into the ice tunnels.

When we stepped outside, he turned to me and said, “What you are about to hear must remain between us, you will say that this conversation never happened, clear?”

I nodded and he began speaking, “The bacteria you are about to see, are not actual Martian bacteria, they are really from Earth.”

My mouth dropped open, I could not believe what had just been said.

“They aren't native bacteria?” I asked.

“No they are not,” he replied.

I opened my mouth to speak but he held up his hand to motion me to listen.

“I know that it may seem drastic, but I actually have a reason for fabricating that there is life on Mars. You know what has caused the most headaches in the scientific community, particularly in your field of science? The idea that we are unique, created by a Creator, and that evolution cannot explain life's complexity. So my colleagues and I have devised this, using bacteria from Earth and putting them on Mars as proof that there is life on Mars, that life is not unique! Don't you see? If you squeal about this, the whole debate starts again, this could end the debate once and for all. We need to evolve, not sit in church. Please, help us, you are well known and respected, you could help finish nonsense, finish
God!”

I thought about it, and told him that I wouldn't go along with his scheme. He then took me back to the chamber and we were then back inside, taking off our suits. Suddenly I was grabbed on both sides by two other scientists and surrounded by many more. A few had put on their suits, and they were walking toward me.

I was still processing this turn of events, when I realized what the most pressing question was.

“What happened to the microbiologist and geneticist?”

Dr. Gritto paused a moment, looked at me with cold eyes and said, “They did not want to join us in our just cause, so they had to take a walk outside, without a suit on.”

Hearing that, I started to fear for my own life. I knew I had to get into contact with headquarters and get out of these scientists' grasp fast, or I would end up like the other two scientists, dead. Despite my struggle, I was being dragged to the chamber I had just exited. Then I was thrown into the chamber and the two scientists began closing the sliding doors on me. At the last second, I thrust my foot between the sliding doors to prevent them from closing.

I immediately felt my foot break, but despite the pain, I knew I would probably have to fight to escape. The doors continued to remain open, but one of the scientists had opened the door to the outside. Suddenly air was rushing through the partially open door, and I was being stretched out because of the rushing air. My hand came in contact with the sunlight and was getting burned from the UV. Fortunately for me, the vacuum affect had caused the scientists to get sucked to the door. Finally the door to the outside was closed and I felt my foot become free. I hopped over the heap of unconscious scientists and with my good hand closed the doors completely.

I turned around and saw that Dr. Gritto had just gotten up, badly hurt but determined to save his mad scheme. I grabbed some equipment that would serve as a cane and hobbled painfully as fast as I could to the communication room, just barely making it before hearing a gunshot. Closing the door, I quickly locked it and went over to the communication board, picked up the microphone, and told as much as I could in the precious seconds I had left. He then burst through the door and aimed the gun at me ready to shoot. I made a last second decision, I threw my cane at him which caught him off guard so that I could jump with my good foot and tackle him. I finally wrestled the gun away from him and knocked him on the head with it, tied him and the other scientists up, and waited a month for the shuttle to arrive and pick me up.

During that month, I found that the bacteria started dying off without the scientists sustaining them. When the shuttle arrived, the bacteria had completely died off. Right before we left, the shuttle crew and I buried the remains of the two dead scientists, with their gravestones saying,

“Science should be the pursuit of truth, not revenge and personal gain.”

Follow us to stay informed of new publications and events!